harness the power of your mind

Wellcome to Mind Tricks And Sortcuts, Feel free to coment and share.

Do you know the real power of the spoken word?

It is well known that most of the things that we communicate with each other are non verbal, non the less this doesn’t mean that we should disregard what we say but rather quite on the contrary.

How we share information with each other is more important than the message it self. Formulating well thought questions is a powerful vehicle to convey any message in a way that reaches more effectively the other person’s mind.

Most of the time, when talking or negociating with each other, people tend to not fully listen and instead part of the time they’re just thinking about what to say next (unless they are really good at comunicating.

By formulating well thought questions, we force (for lack of a softer word) literally the other person to “go inside their head” and ponder about the things that we’ve just asked. In this way the message may have more power since now they’re actually listening one hundred percent.

But this asking questions is not enough, these should be formulated in such a way thay they include a message embeded in them. This is done by making inplicit the message in the question. For example: How can we make sure that you feel better about this? Such a question implies that you in fact might feel better if we find out how.

When someone hears a question, their mind automatically searches for an answer with out any resistance or hesitation, hence making it a great vehicle send a message effectively.

Set Your Mind To Riches

Let´s imagine that we are trying to buy a car and the seller wont lower the price of the vehicle. What can we do? Well, now you know. We formulate questions in order to make the seller think about the real advantages of lowering the price. We might ask: “Have you considered that we might agree to close this deal so we both could move on? let´s supose that we do. What would it take for you to give me a more fair price?”

Those questions might not always guarantee that you’ll get a lower price but for sure will make the seller think about the possibility that he indeed might be able to do so. And also you are sugesting that the deal that he’s asking for migh not be fair, in a little more subtle way. The first question also sugest that you both might in fact reach an agreement. 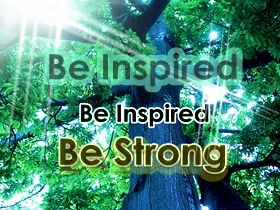 Get Knoledge, Inspiration And Wisdom